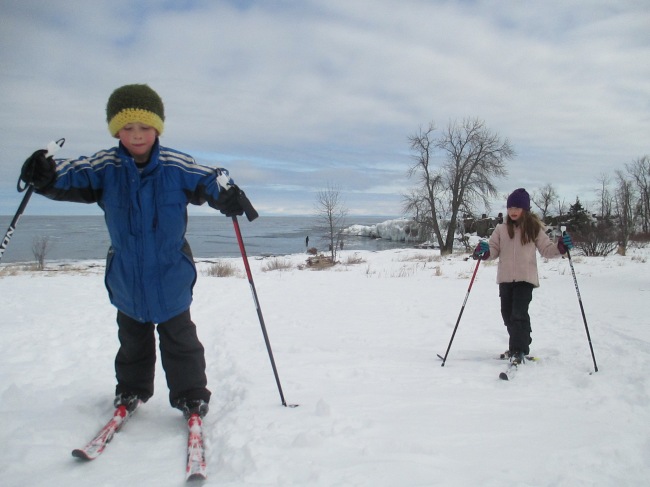 Perhaps I’m still beating the same drum, but with just another 4 days of cross-country skiing left we’re going to make the most out of each one. We’ll be gone over Easter, and the forecasts show that March should go out like a lamb. It really feels like a celebration of the best March for skiing in recent memory. What a way for a season to go out. It looks to be stellar to the end.

This weekend we had the kids skiing up at Gooseberry Falls State Park. The ice on Lake Superior has been gorgeous of late. It’s very loud and restless too, as it creaks and groans with all the movement. After a couple hours of skiing (and yes a couple temper tantrums we had to push through) we joined our neighbors at a hotel further up the North Shore where the kids were able to swim for over an hour. This was their ideal way to end a day of course.

The following day we skied the 4k loop at Korkki Nordic with our other neighbors two doors down. What a blast it was to be with the kids as they skied with friends for the first time. No tantrums or anything crazy, so it was a marvelous afternoon. Korkki, just 10 miles out of town, continues to be my favorite trail. The kids all performed fabulously on some reasonably challenging, yet safe, hills. Their endurance is picking up as well, and each time out they reinforce the fact that cross country skiing, and winter itself, is fun. This is an important lesson for them to have while they’re young, and especially for living in Duluth. The experience makes me want to organize more skiing and other recreational outings with the kids in the neighborhood. I truly do believe that in this case it really does take a village to encourage kids to remain active and to not succumb to life in front of the video game screen or the television.  When they are together outside the fun seems limitless. What a positive experience this weekend has been for everyone. I’m going to think about monthly outings for the neighborhood at the very least. For now, however, I plan on striking off after work tomorrow with a friend for the Korkki 10k loop. I absolutely cannot wait. Hopefully I’ll get my pal hooked on the sport and the place as well. 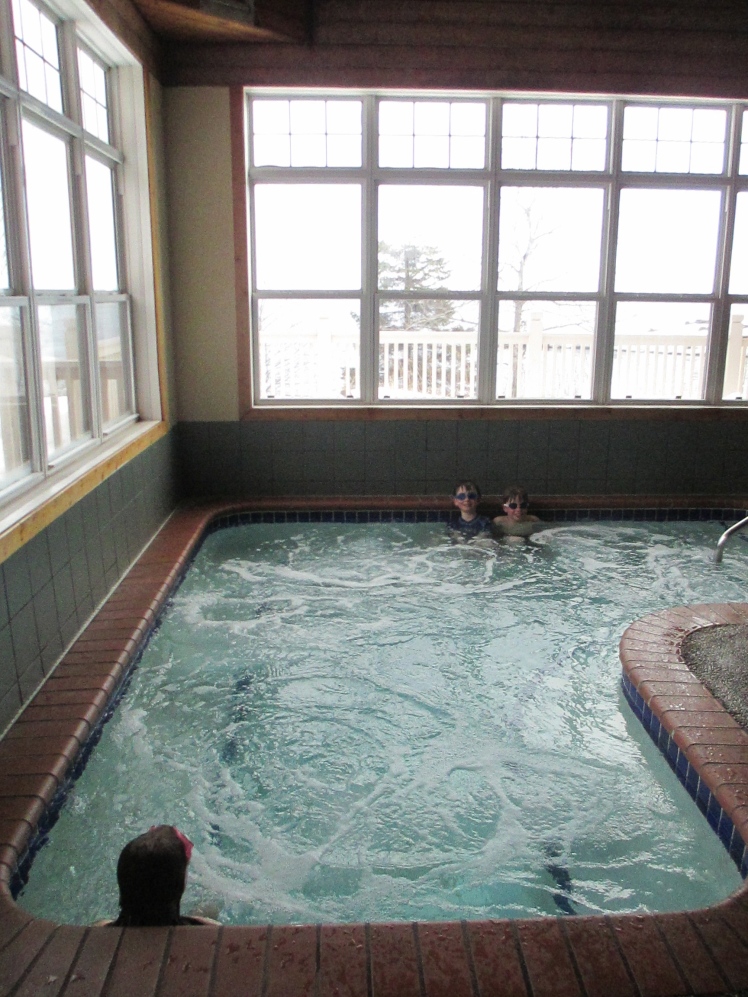 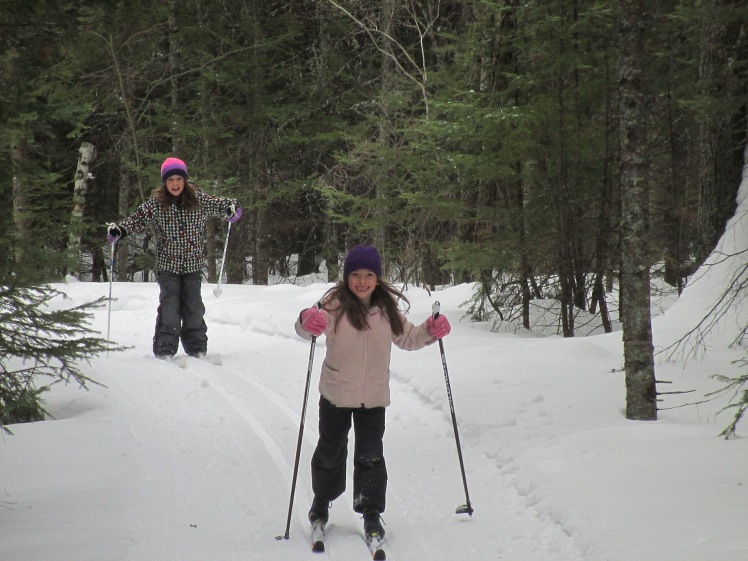