I’m writing this after arising from a nightmare this morning. For the first time ever one of my children had entered with me into the living nightmare that marked a portion of my childhood. We were eating dinner with the family of my former babysitter, sitting across from one another at the table in their house. This was a miserable place to be.

I had to get out of bed and rewrite this portion of my book, and post it here right now. I hope I am not extending any of this kind of stress to my children. My goal is to encourage you to dearly love and appreciate your family. Having my son sit with me at this table in my dream was frightening. The abuse I witnessed in this family was even worse than has been revealed thus far in the Adrian Peterson imbroglio. Pardon some of the language that follows. This is the unavoidable stuff of real life. 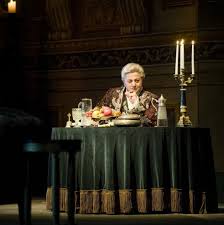 My babysitter was a raging bitch. There is no other word for it. I have never met another individual in my entire life who was as persistently mean to kids. She was horribly cruel to her stepdaughters, whom she belittled and insulted to the point of Cinderella-like abuse. Two of them were referred to as ugly on a daily basis. She brought the eldest girl in middle school to tears on multiple occasions by publicly calling her flat-chested. I witnessed this at least 50 times.

On one occasion it was necessary for me to dine with the entire family at the table. The experience was miserable, as it ushered me further into the torture chamber of abuse that these poor girls were forced to endure. Sitting at the table was horrible. Normally we were forced to remain outside to fend for ourselves. Being confined to the kitchen, unable to escape, was frightening. You were exposed to obsessive, ever-watchful, vigilant eyes that were demonic in intensity.  The atmosphere made you huddle into your shell while keeping your eyes on your food to escape notice. Speaking, and thus drawing attention to yourself, was as unthinkable and potentially fatal as if doing so in a North Korean prison camp. On this particular evening one of the girls apparently succumbed to a lapse in judgment by politely remarking in a mouse-like voice that the butter on her potatoes was moldy.

The stepmother flew into a rage reminiscent of the Queen of Hearts from Alice in Wonderland, who would have decreed judgment saying, “Off with her head!” Her screaming and devilish looking eyes fixated on the poor girl still stand out in my memory, as does the child’s unending weeping afterwards. Suffice it to say, the defenseless adolescent ate her potato. She was forced to scrape up every last bit of mold, grease, skin, globs of fat from the rest of the meal, and shove it down her gullet. That plate was wiped clean, and she can count herself lucky for not having her mouth washed out with soap. Palmolive dish soap was the usual soap du jour for any backtalk, and it would have been swallowed afterward. I am quite certain this was a normal course of events at the dinner table. The real crime of it all was that the disengaged father failed to intervene in the least. The child was thoroughly broken, and came undone with sobs that would not cease. After the “Queen’s” hollering to shut up failed to deliver the desired effect, she ordered her to “Get out of my face!”

For some reason she generally left the pretty one alone, aside from the occasional snide remark like, “She thinks her shit don’t stink.” This wicked stepmother ruled the house with an iron fist. Her husband was largely withdrawn, an apparent alcoholic, and was typically away at work, sleeping, fishing, or drinking. He seemed to be most engaged when disciplining his three daughters from another marriage, which always came in the form of a fit of rage with his leather belt. The girls would tell me how many times they were hit with it, which was frankly a whip, and sometimes the belt buckle delivered the entry point of the blow.

When this woman, my alleged “care-giver” while my mom was at work, stopped over to speak with my mom on one occasion, she blamed me for the condition of the house. Her exact words were, “Why don’t you clean this shit up?”

I must say, however, that there was great good that came out of being mired within the “care” of this family for five long years. It helped me see that things could always be worse. It doesn’t seem possible, but the babysitter’s extended family was even worse. It was riddled with ignorance, alcoholism, endless profanity, screaming, and abuse. Amidst 110-decibel-level screaming strewn with obscenities (like abandoned tires along a polluted, muddy river), the large hulk of a stepdad repeatedly slammed a difficult third grade boy into a wall with such force that the child’s body broke the wall between the studs. His full body left an indentation in the interior wall, as he violently cried from the overwhelming stress and pain.

This family originally lived a half hour north of us in Milwaukee, and I vividly remember the long trip to visit them. The drive was an unending purgatory-like experience. All the kids were crammed into the back seat of the hot car, and I secretly enjoyed sitting on the lap of one of the older girls during the journey. Three adults chain-smoked in the front seat with the windows closed. I sat on a bony lap while struggling to breathe with my t-shirt and hands cupped over my mouth and nose in order to somehow avoid the dense eye-burning cigarette smoke. This enraged my babysitter. She demanded that I breathe normally. It was unwise to sass back or question a direct order from her.

Arriving in the scary inner-city of Milwaukee continued to add to the general anxiety. The day dragged on forever amidst the yelling, drinking, and scant shade of a tiny backyard that was dominated by a cracked and weedy concrete patio. I tried to put myself in a happier place by studying any insects I could find while turning over every conceivable stone or scrap of wood. I left them untouched and imagined the world from their view. At the time I was grateful this family lived so far away, but the next year they moved into my little neighborhood of Caddy Vista out in the country. I swear the property values of the neighboring homes must have dropped in half, as did any serenity the poor occupants once enjoyed.

A word on the Adrian Peterson saga……

He should publicly describe the full details of the incident that is leading to his possible dismissal from the Minnesota Vikings. Lengthy discussion should follow, ongoing counseling, and supervised parental visitation. Restoration and redemption are more valuable to society than burning him publicly at the stake.