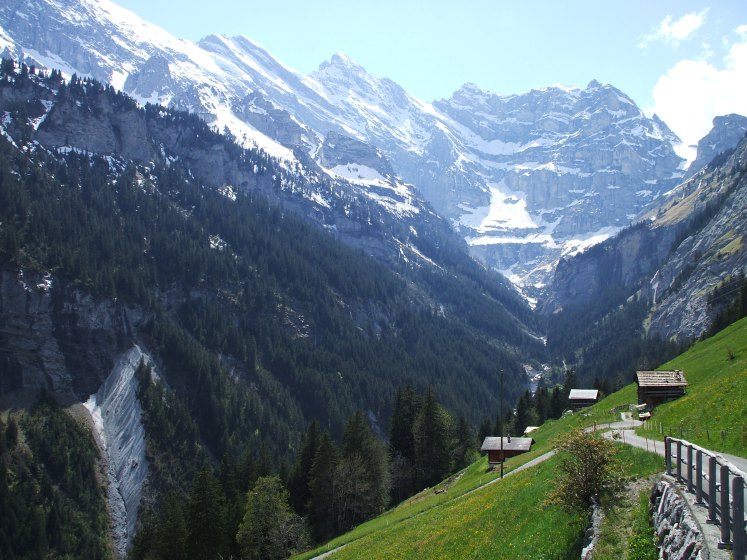 The view from the mountaintop is stunning, but the hard slog of getting there is what allows us to really appreciate it. So much hard work is required, the path can seem to drag on interminably, eventually we catch glimpses of the landscape which build anticipation, and finally the panorama opens up in all directions.

This past week I reached one such summit. Very quickly I descended back down into the valley afterward, but that’s beside the point! I spent 80 minutes with my kids’ teachers this week, after delivering eight books to them after school let out. These beautiful people are the salt of the earth! 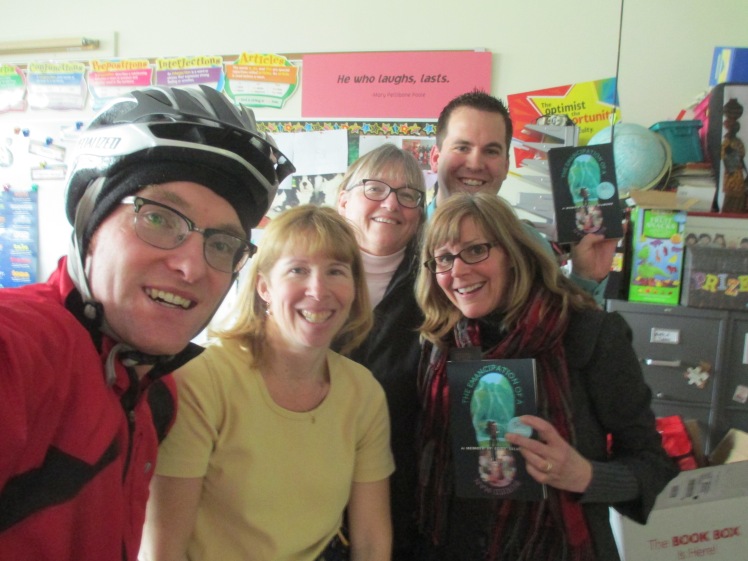 All four of the teachers in the photograph work directly with my children. Their enthusiasm for my book, The Emancipation of a Buried Man, has been incredible. To obtain such an endorsement from such intelligent movers and shakers ranks as highly as any honor I’ve ever received. Our conversation was remarkably engaging, and they quickly began devouring the book that very evening. In fact, the following morning I returned to school to drop off my son’s forgotten homework and his teacher was out in the hallway thoroughly engrossed in reading it! The student teacher, the lone male pictured in the background, immediately left the class to run out and talk about the hundred pages he had read the night before in the most animated way possible without being disruptive of other classes. In fact, he delighted in telling me that he normally doesn’t read books for pleasure, but that he was completely consumed. His interaction with the material is particularly gratifying for me. Additionally, one of the teachers has a loved one that is mired in the hoarding lifestyle, and was eager to read of my own extrication from it. Wow. Just wow. They’ve filled Facebook with glowing reviews, and I am unable to adequately express my gratitude for their support. I’m still a small-time author, so to receive endorsements from teachers, local business leaders, and even the mayor, has been remarkably steadying for me. Intense ups and downs have been unleashed due to the releasing of this book that delves into personal matters that I’ve never told anyone. Having the support of real people in my community has been crucial. Far more so, even, than I ever realized.

And yet, I find myself fondly looking back on the 19 years—mostly difficult ones—that have transpired since the metamorphosis I write about in the 2nd part of my book. For instance, I spent half a decade laboring in this tiny office in my basement. It’s a 100-year-old room that formerly held coal to heat the house. Though it is only 4 feet by 6 feet, I spent hours scrubbing the blackened walls prior to making it suitable for “work.”

What a mess, huh? The room remained sealed off as a monument to my years of toil for a large corporation until just this weekend. Last summer I was laid off from my job after nine years of service during a phone call that lasted five minutes. NOW THAT CAME AS A SHOCK! I avoided the old office completely, only entering it to pack up the computer into the box for shipment back to the “mother ship.” Frankly, telecommuting was so convenient that I was never going to leave unless I was pushed out.

Pain, suffering even, can take time to process. I’m feeling liberated while pursuing the writing career I’ve dreamed of, which frankly was made possible by going through years of frustration and discouragement. After all, it was the pain of losing my job that provided the impetus to write about a difficult childhood that I previously preferred to forget. I had always planned on writing a book about my “emancipation,” but somehow it never occurred to me to delve heavily into the period of my existence in which I was “buried alive.” As a blogger recently wrote in reference to my story, “When you study paintings by the Dutch masters, it’s the contrast between darkness and light that makes the images pop, makes the story so vivid…” The second part of my story of epic adventure and uncovering beauty for the first time, which I delight in sharing the most, never would have become so alive without the darkness. Furthermore, I simply wasn’t able to tell the story until going through the pain of losing my job and the intense anxiety of figuring out how to feed my family.

This chapter is finally closed. I needed a quality printer for printing flyers for an upcoming book launching party, so I loaded up all our worn-out printers to drop off for recycling along the way. This was so freeing! The old office printer was among the bunch, so I finally cleaned up this dreary old office in an effort to prepare it for something new. I couldn’t believe all the cords and wires down there. I think they have been copulating in this sealed off room while being out of sight and out of mind all this time. A hundred feet or more of these electrical conduits cluttered up the place.

Also, for the first time ever, I found great joy in driving up over the hill and to the large, busy, retail area of our metropolitan area (anchored by a mall that I avoid like the plague). Along the way I drove directly past the nondescript office building where I was formerly employed prior to working from home as a telecommuter. Clearing the office of the last of the old equipment allowed me to say one final goodbye. (I’d also like to mention that I loved all my old bosses and many of the people. This isn’t a rant against the corporate entity either. I simply was trapped in work that didn’t fit my giftings.)

Copious amounts of dust was wiped from the desk. This dust, 40% of which is old skin cells, literally contained parts of the old me. It felt good to clean up these old remnants. Spiders were busy co-workers in this office of mine, often surprising me by rapidly descending in front of me to deliver an important message, apparently. Cobwebs and all traces of previous debris and clutter were removed. This was liberating, and for whatever reason I wasn’t ready until this very moment.

Most ironically, the only other two traces of this previous life are making it into this week’s garbage collection as well. While washing the dishes last night—after precariously balancing a bowl onto the top of the stack—I broke a single item. Coincidentally, the small bowl was a “gift” sent to me during customer service week a couple years back. The side was emblazoned with “Our service is SOUPER!” I never really liked the dish anyway, and always wondered why we saved it. I’m convinced we held it so that it could break at this unique moment. I find meaning in this.

Finally, in another odd coincidence, the quilted, quarter-inch thick pants that I wore nearly every day from November through May (MY BASEMENT WAS RIDICULOUSLY COLD TO WORK IN) are being tossed out at the very same time. Threadbare beyond the point of decency, they are now ready for the landfill. Immediately after finishing this post I will peal them off for the last time. Thanks for your years of service, pants! This is an incredible new journey that I’m on. Metaphorically, at least, it resembles the period of epic adventure, transformation, and discovery written about in The Emancipation of a Buried Man.