This weekend I just returned from my annual trip with friends spent in a backcountry cabin. Previously we’d ski in 6 miles through the backcountry to a secret abandoned shack up in border country, but recently we’ve gotten more posh. This year we rented a remote cabin in the Porcupine Mountains in the U.P. of Michigan. I’ll probably cook up a column on it soon, but couldn’t resist sharing some pictures now. We stayed in the Whitetail cabin, which was just a gradual 1 mile downhill ski from the parking area to its prime location on the shoreline of Lake Superior.

Each day the character of the lake changed while we were out skiing and snowshoeing. Above you can see the water was temporarily open. Later on the same day the ice blew back in and crashed into the shore to create sculptures from the ice..

Every day we received a few inches of lake effect snow, which made the cross country skiing and snowshoeing awesome: 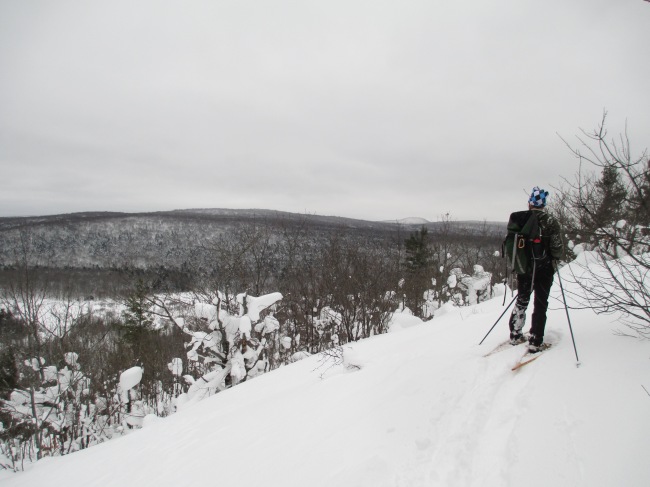 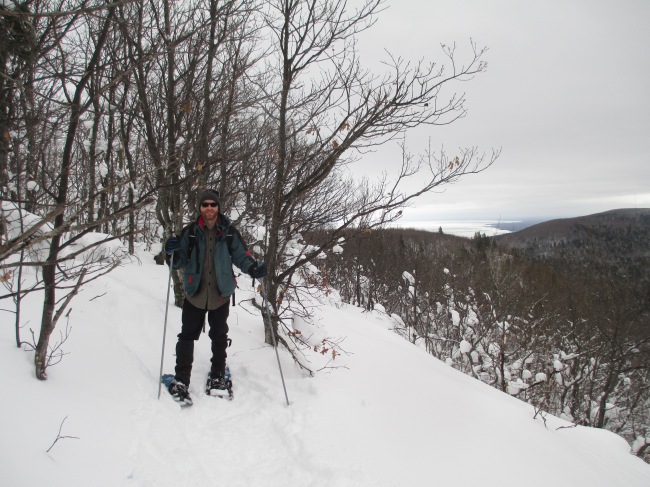 The snowshoeing pics above were taken on the Escarpment Trail, which takes you high up on a ridge line where you can peer into the interior of the park. From the cabin you need to ski about 2-3 miles each way to get to the trail though. Part of the trail takes you through the old growth eastern hemlocks that I love so much. There’s actually a nice stand a few hundred yards from the cabin.

It’s great to get together with good pals on an annual trip. 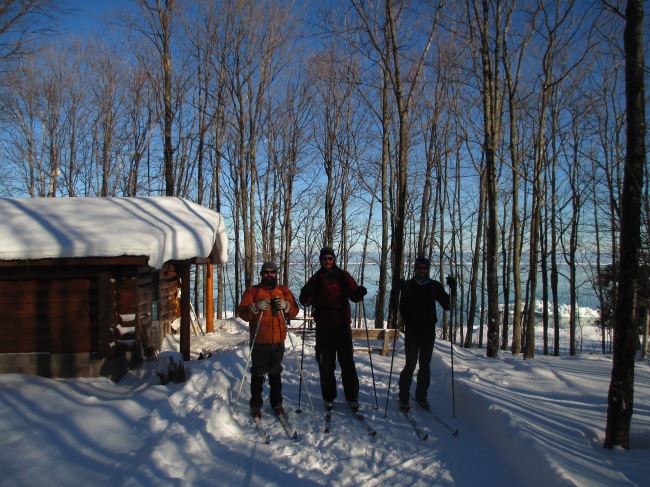