Writing this column was more like an exorcism than some sort of creative outpour. As I fell asleep beside the woodstove last week on the night of the deadline, I had absolutely nothing. Since it’s delivered to every household in the city, this is terrifying. I drifted in and out of consciousness for hours, as if suffering hallucinations from Scarlet Fever. I woke up as the fire died out, and cranked out this piece for the paper in the middle of the night. It’s ok, I think. I’m a little embarrassed to publicly mention this stubborn depression again, but I think melancholy has some value in the long run. Hope seems to spring from unusual places. Little things like these seem more sweet and beautiful than when things are humming along perfectly.

FYI, the garlic idea came from reading about a high schooler’s business: Max Organics (which I’ll be profiling here in the near future). The casserole—strange for someone like me to have enjoyed so much—is the brainchild of Yellow Birch Hobby Farm. 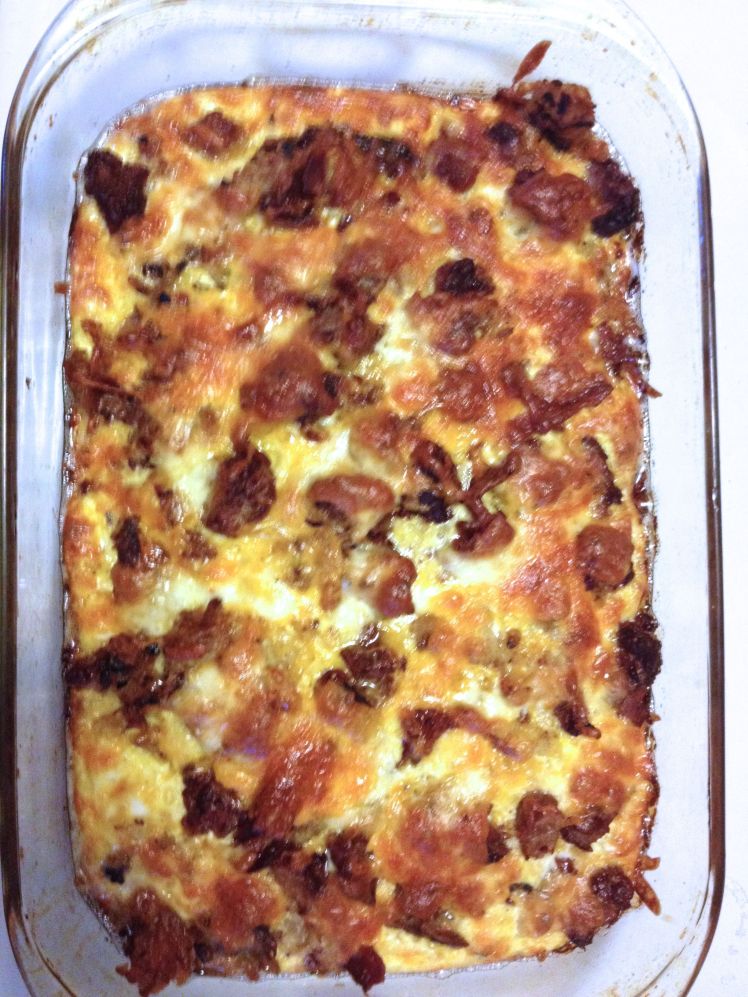 In desperation, I submerged the 14 individual cloves of garlic into cold, saturated black dirt. Pulling back a layer of rotting leaves to reveal my canvas, I came upon what Aristotle describes as “the intestines of the earth”: an earthworm. Exposed directly to the elements, it wriggled and writhed like a sea serpent brought up from the deeps. I have never observed such activity in the soil at this time of year.

These cloves—each containing the mystery and potential of new life—are like Jack’s magic beans. A week of rain and utter dreariness seemed to match the condition of my soul. I was planting hope. On December 9th. In Duluth, Minnesota. If you can’t beat El Nino, join it.

Now a few days later, the rain still has not let up. It’s enough to break the most ardent optimist, but I wonder if the tiniest roots just might actually be beginning to emerge. Battling a stubborn bout of depression during a season of transition, I cling to this hope.

Hope, mysterious and often elusive, can be found in the most unusual places. Sometimes we may cultivate it, but it cannot be bought.

Feeling useless and feeble, I stumbled upon a recipe for breakfast casserole. I do almost no cooking for the family, but for the second time in a month I was inspired. Looking ahead to Saturday morning with expectant hope, I gathered high quality ingredients.

The potatoes I had grown myself. The same goes for the handful of eggs required. Sausage and bacon were obtained at Stokke’s Meat Market. I took pleasure in having the kind man behind the counter slice off the exact quantity (six slices) of bacon I needed. It was cured locally, and fresh.

I also splurged on hand-rolled butter from “Amish Country.” Later, at the grocery store, I requested two slices of pepper jack cheese at the deli counter. I didn’t want leftovers, and it was all I needed.

My gathering was a quest for synergy, wherein the combined effect is greater than the sum of the parts. Expectant hope continued to grow inside me. This was more valuable than the finished product, in fact.

When the big day arrived, I was the first in our little family to hop out of bed, like a kid on Christmas morning, and run down the stairs. The individual tasks of my work were simple, but it took me longer to produce that casserole than it takes some people to run 26.2 miles.

It turned out well, and my kids put on an admirable display of enjoyment of their second breakfast. They sensed that the pan contained more than eggs, hash browns, butter, sausage, and bacon. It was the offspring of hope, held together by the fruit of the land.

Connection to a sense of place is vital. This past year has been marked by turbulence. Following a severed connection to Corporate America, one that had lasted a dozen years, I felt dislodged. Aimless. Cast adrift in a sea of hopelessness.

My self-designed rehab program has revolved around establishing meaningful connections within the community. This includes working the soil, becoming acquainted with nearby farmers, eating locally grown food, repeatedly biking Duluth’s length and breadth—coming to appreciate more of its nooks and crannies, delighting in the wisdom of nearby elders, and initiating conversations with fascinating people who are blessing the community by simply exercising their innate giftedness.

I’ve spent hours with people like Mayor-elect Emily Larson, Charlie Parr, Adam Swanson, farmers, bakers, shopkeepers, mothers, and fathers. All of them are neighbors. Many of these conversations, masquerading as interviews, have been fantastic. I hope you’ll enjoy some of them on my website. (see link, “Meeting unusual and interesting people”)

I was especially nervous to meet Emily Larson, but soon discovered that she’s a regular human being just like you or me. At the end of our walk together, which began and ended at her home in the Hillside neighborhood, I left with both a new friendship and a greater sense of hope for the future.

The holiday season can be difficult. Perhaps you find yourself enduring trials at this time. Hope springs eternal. Bearing the very image of God, you are loved.