This is the entire accumulation of papers and notes saved from my favorite classes in college and grad school:

I’ve never consulted them, but I have stored and moved ’em around for nearly two decades. Is this this the sum of all the knowledge gained from tens of thousands of dollars in higher education? Can it be contained to a tote? Could it possibly be an accumulation of wisdom? I don’t think so.

At one time, back in the ’80s, I thought baseball cards would make me rich some day. This week I traded 20,000 of the cardboard rectangles for eight carefully folded $20 bills. Back in the day I paid more than that for a single card. Eventually you just have to cut bait, and man does it feel good to finally be free of the albatross. True treasure cannot be contained in totes.

It’s ironic, given the spell those cards had on me, but I have no photographs of the formerly impressive collection. What could I have done with the time and energy that went into them?

Oddly enough, I did take a picture of the recycle bin that was completely chock full of papers. While rolling it into position I strained my back. It must have weighed 250 pounds or more!

The original rough draft of my book, which had been shelved for a few years before I rewrote it entirely, is in the lower right of the photo. I obtained the red folder during a tour of a college in Colorado, done solely for the free lift ticket provided afterward for Crested Butte Mountain Resort. And then there are the surplus postcards for the opening of my wife’s art exhibition at Lakeside Gallery this summer, where you’ll continue to find many of her fresh, new works going forward.

Papers are my nemesis. Thus, they all must go. As Marie Kondo would say, “Papers do not give me joy, so I don’t keep them.” It’s pretty much that simple.

I am 40 years old, and do not wish to spend the rest of my life with the goal of clearing out the clutter. I just need to do it. Though I should probably focus more on income generation, I am completely obsessed and focused on this lifelong quest instead. I hope to get to about 90% complete, and call it good enough. There are emotional, and even spiritual dimensions to this. It’s essential to my wellbeing at this point.

I touched on this in my current column for the paper. I have no idea if it will spark anything of interest in others, but writing it certainly made connections in me. 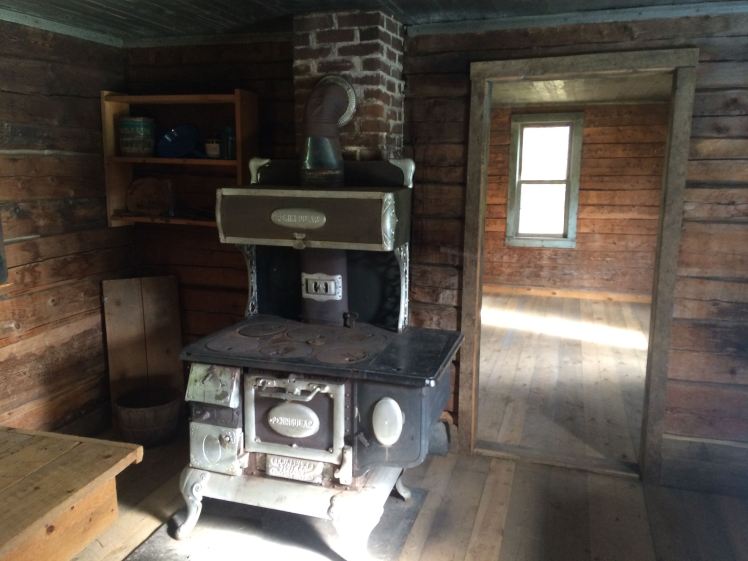 During all this purging we took a break for a family trip to the Wirtanen Pioneer Farm, located about 40 miles north of Duluth. A Finnish pioneer by the name of Eli Wirtanen started it in 1904. There are a dozen original structures scattered about the farm, and they’re all unlocked an open to the public. Nobody else was there. We were free to wander around, explore, and play. It was a blast.

I was struck by the fact that Eli died just 19 years before I was born. My obsession with hoarding both baseball cards and animals began just 28 years after his death. These strange collections would have absolutely mystified him. Thousands of dollars were poured into 20,000 baseball cards and well over 100 living creatures that I shared my bedroom with. It’s disgusting, and least of all due to the bird droppings that soiled my bedsheets. It took Eli years to save enough money to buy his land, and he worked his tail off to do it.

We spent a good hour there, threw the football around, and soaked up the serenity and peaceful ambiance of the place. 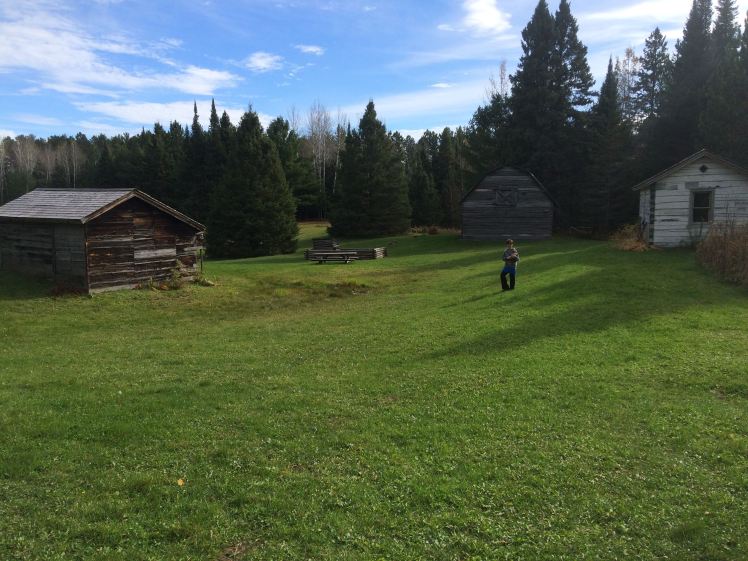 It got me thinking about how I wish to spend the remaining years allotted to me. This morning I was awake hours before dawn, fretting about the unwelcome moles that have appeared on my forehead of ever-increasing size. Next week a dermatologist will look at, and I suspect, remove them.

I’m also beset by a profound fatigue, which has decreased with the diminished workload. A  two-mile hike the other day wore me out to the point that I required a nap, and still felt exhausted the next day. 20 or more miles in a day use to barely phase me. My wife points out that I recently recovered from a cold, and thinks I’m a hypochondriac. She’s probably right.

Mortality afflicts us all, though. We know not when the curtain will fall. Be it five years or fifty, we need to live fully right now. I fall short in loving God, family, and neighbor, in so many ways. I’m tempted to say, as always, that I’ll devote more of myself toward these ends later, after completing this particular goal. The problem is that there is always the next distracting, shiny object. This might very well be the root of my crisis. We cannot control the past or future, but we do have now. Right now. Live fully in it.

6 thoughts on “Whittling down to the essentials”